Orion is the codename of a mysterious man who founded the Council of Light. He uses the Howling Wolf message board as a means of keeping tabs on potential Seeker and Titan activities.

After accidentally witnessing a battle involving
Dante Vale
and a
Suit
, Orion founded the Council of Light as a way of protecting the United States from the potential threat of evil Seekers and Titans. Aided by an anonymous donation, Orion was able to open up several branches throughout the Americas. As a part of surveillance, Orion also created the Howling Wolf message board as a way to gain information about potential threats. Through this message board, Orion communicated with Jacob Lycos and Iago Jairez about the appearance of the
Blue Star
in Mexico. Concerned for the wellbeing of the two, Orion sent Mariah Sing to protect Jacob and attempted to warned Iago.

After Jacob was brought safely to the Council of Light, Orion and his agent, Mariah Sing, brought Jacob to a scheduled meeting with Marco Santiago of the Council's Mexican branch. Upon rendezvousing, Orion and Mariah helped to rescue a group of people, including Iago, who were being forced to dig at an archaeological site by members of a mysterious faction.

The full extent of Orion's abilities remain largely unknown. He is, however, capable of invoking basic Titans. 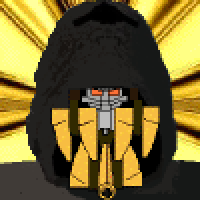